One dog or cat makes for a sweet Christmas gift, but 69 of them? That’s how many animals an Omaha rescue group took in Wednesday from an Arkansas organization.

Nebraska’s Animal Loving Advocates, or NALA Rescue for short, is putting the animals into foster homes this week, with its next goal to eventually find permanent homes for them. 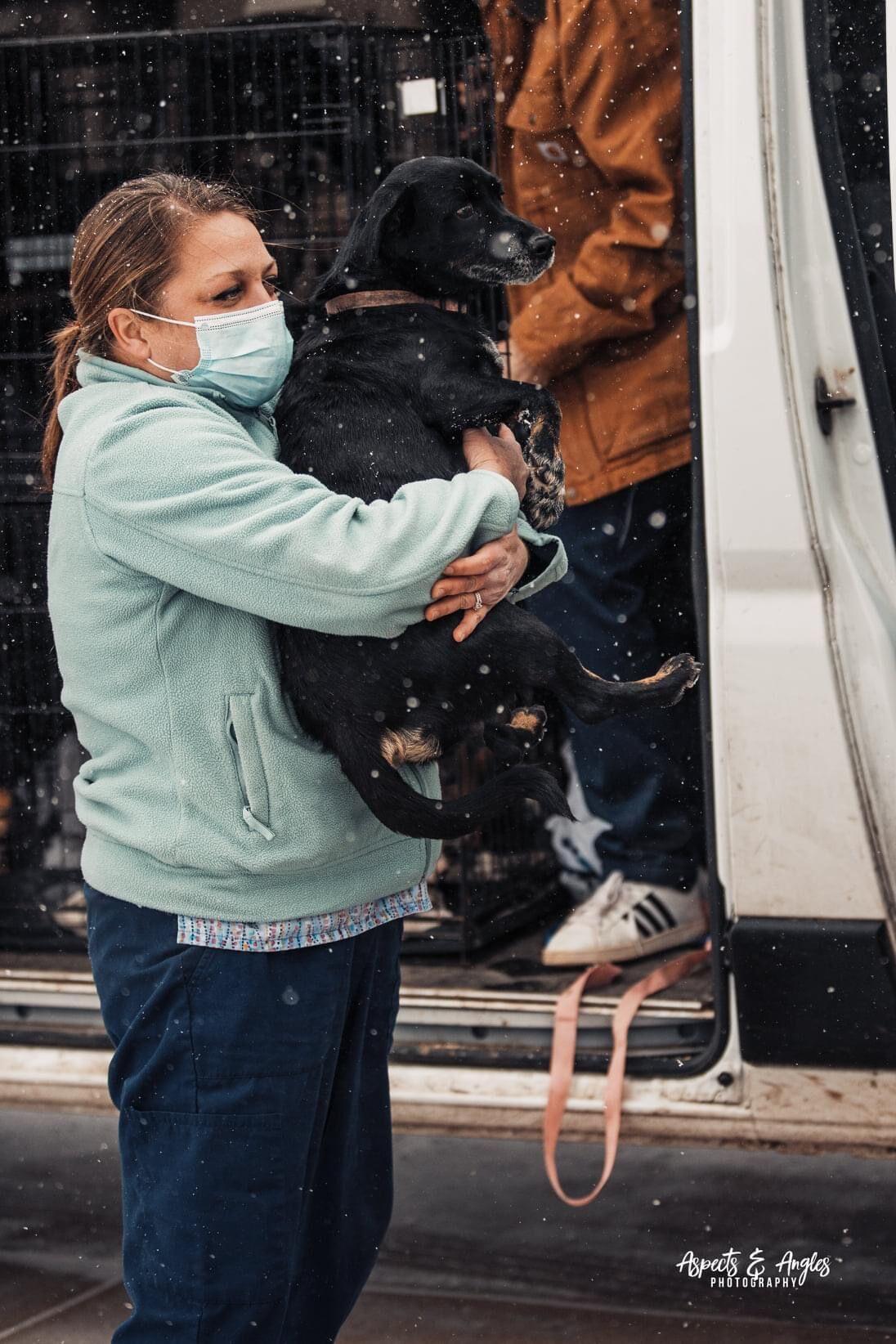 The Arkansas-based Artemis Project received NALA’s approval and piled a large van high with kennels holding 32 dogs and 37 cats. The Artemis Project is a new organization that has tried to fill a void in Arkansas after the Fort Smith-area humane shelter closed in 2019. The project frequently transports dogs and cats to rescue and shelter groups in other states.

NALA Rescue founder Angie Hospodka said 69 animals is a record intake for her group, which has been around about five years. The organization has 80 volunteers and no paid employees. The rescue group survives on donations and adoption fees.

Some of the cats and all of the dogs have already been distributed to foster homes, Hospodka said. The animals received vaccinations in Arkansas, she said, but the Omaha-area organization is responsible for covering medical assessments, placing microchips in the animals, treating them for fleas and worms, and spaying and neutering those that are old enough for the procedures.

Three dogs have heartworm, and Hospodka said the care the 69 animals will receive from her group will end up costing NALA $15,000 to $20,000.

“All these guys need homes now,” she said. “Like real, forever homes.”